Instead of dreading and avoiding the snow, these locals embrace and enjoy it. 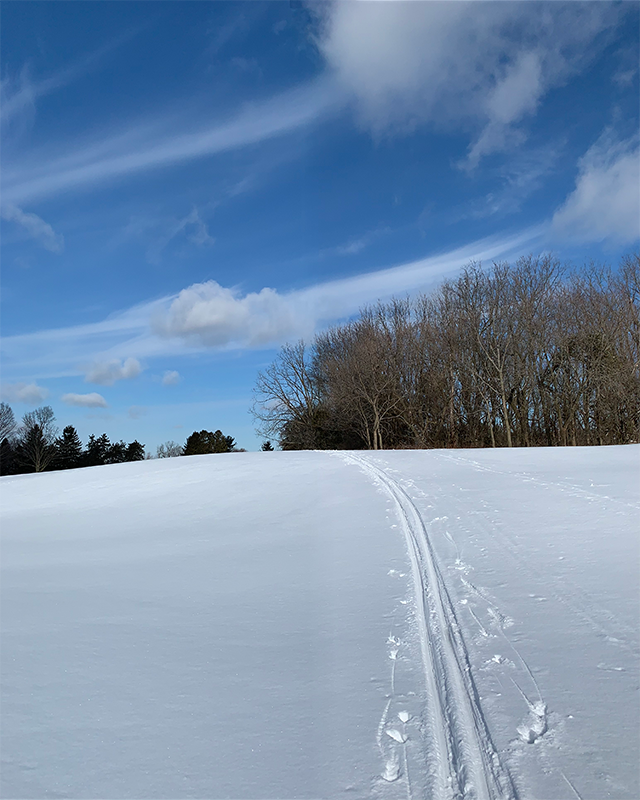 “Snow is great to have around Christmastime to add to the energy and excitement of the holiday spirit,” said Oswego mayor William Barlow, Jr. “Nothing beats driving around looking at decorations, going to tree lighting ceremonies, holiday shopping, and Christmas eve than a nice, pretty snowfall.”

Beyond the holiday connection, Barlow likes engaging in physical recreation in snow, including snowshoeing on wooded trails throughout Oswego County.

“Here in the City of Oswego, we hold community snowman building contests, have great sledding at Fallbrook and the Country Club golf course, and of course, some of the best snowmobiling opportunities in the country,” Barlow added.

As a kid, he always enjoyed sledding at Fallbrook Recreation Center.

“Fallbrook has a massive hill where you can really build up some speed and sled quite a ways for coasting to a stop,” he said. “The walk up wasn’t always as fun, though.” 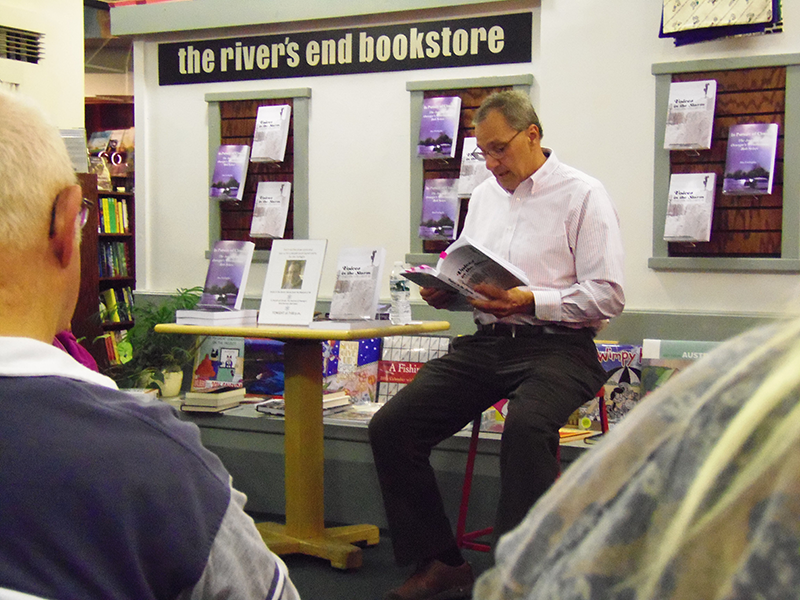 “I was always fascinated by snow — especially lake effect — more than any other weather phenomena,” he said. “I was just so amazed about how it could be sunny one minute then the next we couldn’t see our neighbors house across the street because of blinding snow.”

He recalls a snowstorm on December 24, in 1978. Instead of the 1 to 3 inches of snow forecast, a foot and a half dumped overnight.

“It was a white Christmas in a big way,” Teske said.

He enjoys the snow by cross-country skiing and snowshoeing. Since an empty lot backs up to his house, he can go out his back door to do some laps. He also lives near Green Lakes State Park.

“In the heart of winter on a clear, crisp winter day, we love to put on the skis and just glide across the golf course,” Teske said. “It is great exercise and clears the mind and allows you to just slow down.”

Fulton author Jim Farfagliarecently launched his latest book, “Historic Snowstorms of Central New York.” In addition to writing about snow, Farfaglia is a big fan, beginning with the Blizzard of ’66 when he was 10 years old.

“We were snowed in for a week,” he said. “I remember loving it because my dad was home from work and we were playing in it. I loved all the things you could do with snow. You can’t do anything with rain.”

An avid outdoorsman, Farfaglia walks year-round, using shoe treads on his footwear to avoid falls during the winter. He also loves getting into the woods during winter for snowshoeing and cross-country skiing.

“There’s always snow forts and snowball fights with my grandkids,” he added.

As for those who do not like snow, he encourages them to try an outdoors hobby such as ice skating to “get out and enjoy it. There are ways to enjoy it, so find a hobby for it.”

Lindsay Raychel, media and content strategist for Visit Syracuse, worked as a meteorologist and reporter for television stations in Binghamton and Syracuse between 2014 and 2022. 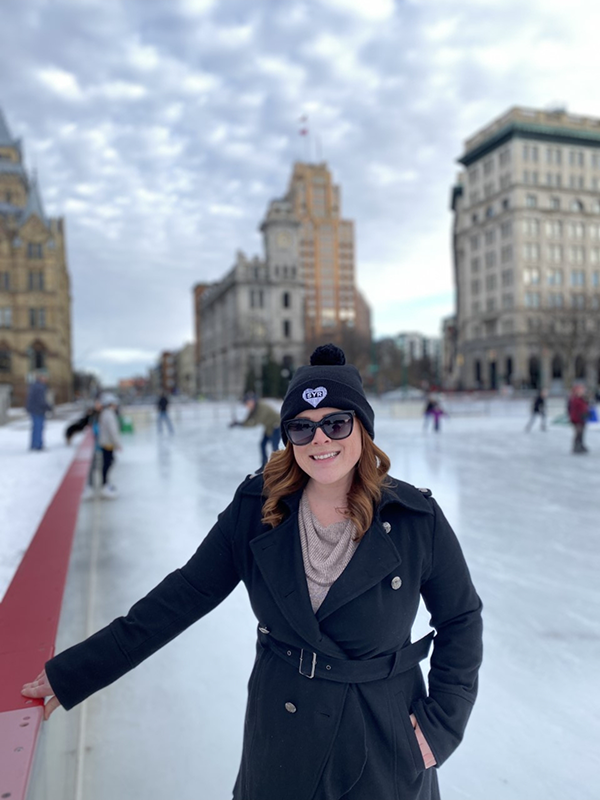 “Growing up, I was always interested in weather,” she said. “It’s something that impacts everyone, every day. I knew whatever career I chose, I wanted to help people; at the time, becoming a broadcast meteorologist seemed like the logical fit for me.”

She thinks that winter can get a bad rap, which has fostered in her a “soft spot” for the maligned season.

“There really is something so special about Central New York in the winter,” she said. “You just might need to look through a different lens to see it.”

Raychel enjoys the sparkle and the peaceful hush of a snow-covered landscape.

“During the pandemic, one of the safest things to do was to get outside and get some fresh air,” she recalled. “The weather was something positive to highlight during a difficult time. Every time it snowed, I got outside — or was put there by my producers — and I found snow piles. I climbed them, jumped in them, and slid down them. I felt like a 10-year-old again. I shared that with people on TV and on social media, to hopefully make them smile or laugh.”