A dish of creamy, delicious ice cream can be comforting and hit the spot, too

I scream, you scream, we all scream for ice cream — even during wintertime.

Sure, this is the season when sales of soups, stews, chili and mac and cheese heat up. But a dish of creamy, delicious ice cream can be comforting and hit the spot, too.

There are many reasons to eat ice cream in winter. The line for service at your preferred parlor will be much shorter and your cone or quart to-go won’t melt before you get to your car. Still not convinced? Once-a-year flavors like Pumpkin Pie, Caramel Apple Cheesecake, Peppermint Candy and Eggnog might lure you out of your cozy seat by the fire. And an embellishment of ice cream makes some seasonal desserts even better: What’s a slab of apple pie, apple crisp or bread pudding without a mound of vanilla ice cream melting through it? Have you ever sipped a hot chocolate or espresso with a scoop of vanilla ice cream in it? Put that on your winter to-do list.

Ice cream gets a lot of warm weather love, and it’s sad when our favorite parlors and stands post their final flavors for the season and close for a couple months. They’ll be back in mid-March, when thoughts turn to shamrocks and St. Patrick’s Day-themed flavors (like the soft-serve Irish Mint and hard-pack Bailey’s Chip and Guinness Stout that Gannon’s in Syracuse is known for). In the meantime, put on your parka and remember there are year-round frozen dessert options. 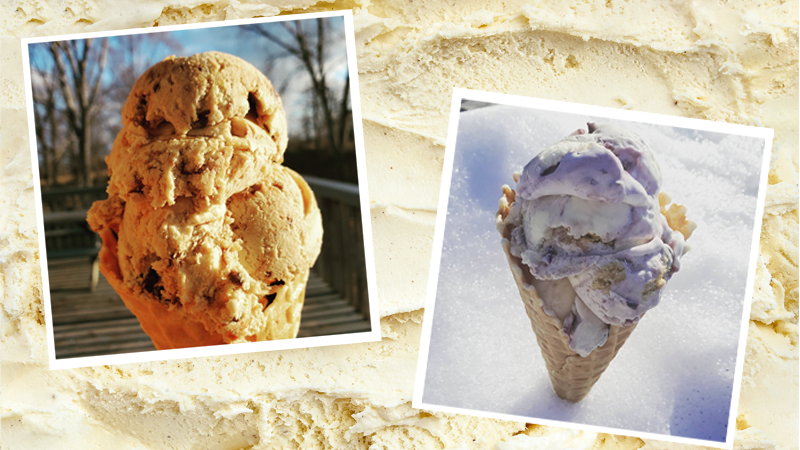 Jeff Kostick, owner of Cayuga Lake Creamery, on Route 89 in Interlaken (and in downtown Ithaca), takes pride in being open for ice cream-cravers in all seasons.

The creamery specializes in small-batch, homemade ice cream in flavors that utilize local ingredients, like raspberries, peaches and other seasonal fruits. The parlor’s best-seller is Seneca Salt Caramel: Caramel ice cream with a caramel swirl and a touch of flake salt harvested from Seneca Lake.

The ice cream for both shops is produced at the creamery on Route 89, as are waffle cones and waffle dishes (plain or dipped in chocolate). Business typically slows starting in November, Kostick says, but at the same time, interest in seasonal flavors like Spiced Apple, White Russian, and Cinnful (cinnamon) picks up. People who love ice cream still want their fix, but when it’s dark early and temperatures drop, they don’t necessarily want to bundle up and leave the house for it.

“What we find is that we sell more takeout pints and quarts later in the day because people who like their ice cream after dinner will stop on the way home and take it to go,’’ Kostick says.

The thing that brings in business during the off-season is sunshine — which can be elusive during winter in Central New York.

“It’s interesting to me that people are much more driven by sun than temperature,’’ Kostick explains. “We could have a 40- or 45-degree day, but if it’s cloudy, no one will show up, or very few people. We could have a 10-degree day and if it’s sunny, many more people show up.’’

Cayuga Lake Creamery is at 8421 state Route 89, Interlaken, and 215 N. Cayuga St., Ithaca (in the DeWitt Mall). The Route 89 location is usually open Friday to Sunday during the winter months and other times “by chance.’’ The Ithaca shop is open Wednesday to Sunday. Check the website and social media for details. Information: https://cayugalakecreamery.com 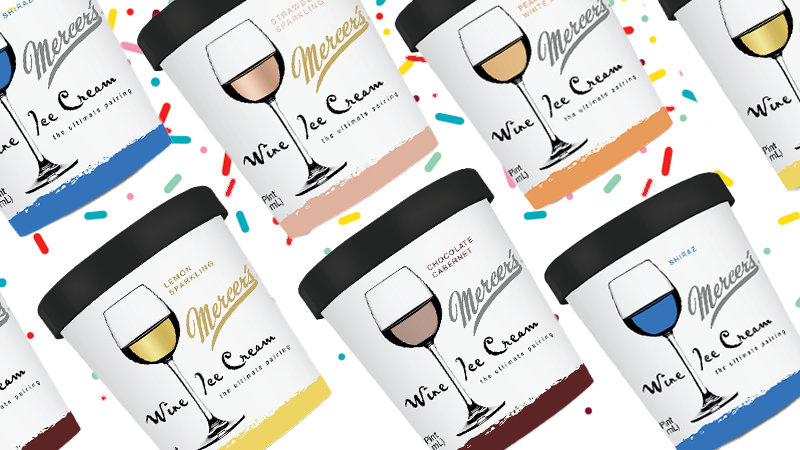 Boonville, in the foothills of the Adirondack Mountains, is a remote and snowy place. It’s the birthplace of Adirondack Cup Snowmobile Racing and calls itself the “Snowmobile Capital of the U.S.’’ Most years, Boonville hosts the Boonville Snow Festival (canceled last year due to COVID-19 concerns and lack of significant snowfall).

Boonville is also the home of Mercer’s Dairy and Mercer’s Wine Ice Cream. The wine-infused ice cream, in flavors like Riesling, Chocolate Cabernet and Lemon Sparkling, is shipped all over the country, as is Mercer’s regular ice cream.

The dairy produces many traditional ice cream flavors, like Mint Chip, Maple Walnut and Chocolate Almond, available by the pint and quart, and makes ice cream for other companies.

You might think there’s no audience for ice cream in the snow belt, but think again. Winter warriors love ice cream, and the shop at Mercer’s is open year-round, serving up scoops, sundaes, milkshakes, ice cream cakes and other treats.

Phelps says the ice cream shop closes earlier in the off-season (7 p.m.), and around 6 p.m. when the snow really starts to fly. It’s not unusual for kids to stop in for a scoop or a soft-serve cone or dish after school.

No Winter Break at Carvel 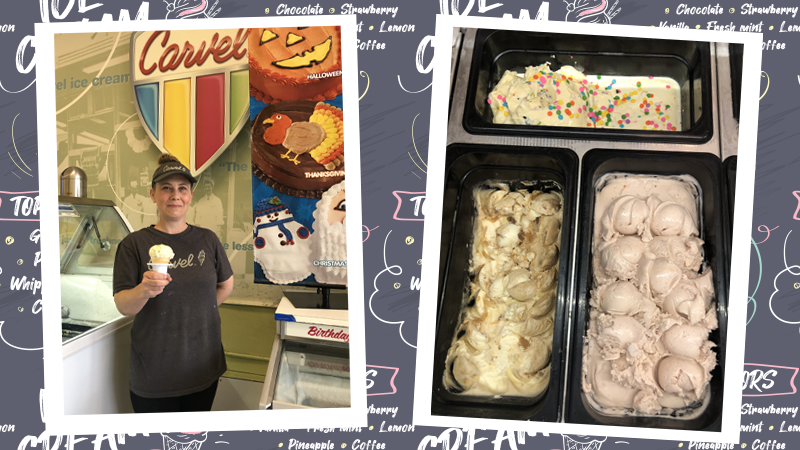 If you attended any of the food truck roundups and other festivals in Central New York this summer, you might have enjoyed a frozen treat from the Carvel DeWitt trailer. Festival season has come and gone, but you can satisfy your Carvel cravings all winter in DeWitt (and at the Carvel shop in North Syracuse).

Fun fact: All Carvel locations are independently owned and operated. The DeWitt shop has been making ice cream for more than 75 years and has the distinction of being the oldest Carvel franchise in the country.

Carvel DeWitt owner Jay Cartini says that 30 or 40 years ago, the season for ice cream was Memorial Day to Labor Day. No longer. There might not be customers three-deep at the counter, but there’s enough demand for soft-serve, hard-pack ice cream, frozen novelties, and ice cream cakes (think the iconic Fudgie the Whale, as well as custom cakes) to extend the season and stay open year-round.

“We are fortunate because of ice cream cakes,’’ Cartini says. “Really, the custom cakes carry us through the winter. You’ve got things like Johnny’s birthday or Grandpa’s birthday, and there’s a major holiday every month: Halloween, Thanksgiving, Christmas, Super Bowl, Valentine’s Day, St. Patrick’s Day. Around here, the weather starts changing in March and April. We dream of May.’’

In the meantime, Cartini says, there’s paperwork and payroll to manage, supplies to be ordered and ice cream to be made. All ice cream is made on site, and in addition to classic flavors like vanilla, chocolate, butter pecan and chocolate chip, there are seasonal flavors like hot chocolate and peppermint to work in.

Cartini encourages his staff to be creative and come up with new flavors. “It gives them a vested interest,’’ he says. “They get to say, ‘I made that up.’”